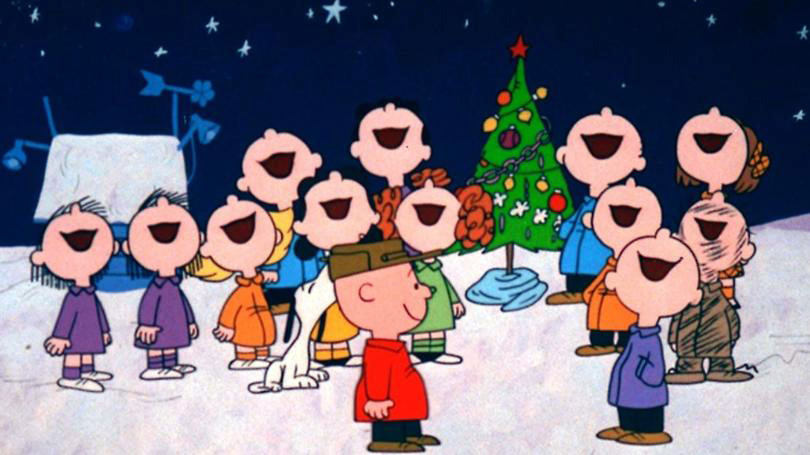 Peace is costly. Its victory is hard-earned, dearly bought, and expensively given.

Consider this example from the first Christmas. The very night that Jesus was born in Bethlehem, a multitude of angels famously heralded, “Glory to God in the highest, and on earth peace, good will toward men” (Luke 2:13-14, KJV). However, because King Herod was threatened at the prospect of being supplanted by a newborn king, “…when he saw that he had been tricked by the wise men, became furious, and sent and killed all the male children in Bethlehem and in all that region who were two years old or under, according to the time that he had ascertained from the wise men” (Matthew 2:16, ESV). This is rarely ever mentioned in the context of the peace associated with the Christmas season, but it is a reminder that peace comes at a cost.

Similarly, for people struggling for margin in today’s society and at a soul-level, peace comes at a cost.

One might struggle and strive to get ahead to gain financial peace, but collateral damage might include neglecting relationships and personal health. On the other hand, Proverbs 6:10-11 warns, “A little sleep, a little slumber, a little folding of the hands to rest, and poverty will come upon you like a robber, and want like an armed man” (ESV). Finding financial balance and peace is costly.

And returning to the inspiration for this column series, mental health comes at a cost. Aside from horrific cases of abuse and the spectrum of clinical psychological disorders, many mental health issues tend to stem from comparisons with others, fear of not measuring up, burning out to achieve security and recognition, and other forms of overdoing our efforts at becoming significant and/or self-sufficient. How do we balance living lives of purpose with the need to be content within our constraints of time, talents, and treasure? Such is the battle for peace, and a call for wisdom.

On an everyday level, I was first-hand witness to a form of tranquility at Elite Club last month after yet another grueling contest: the 5 Ring Endurance. After standing on a chair and using my “outside voice” for about 90 minutes, loudly officiating and narrating some 130 rounds (some of which lasted more than a minute or two), I sat down exhausted to tally the results. One or two Elites wandered over, exhausted physically as much as mentally, and began chatting. Soon, I was surrounded by about a dozen Elite Jugheads enjoying the chance to simply be together after a day-dominating tradition through which many improved and all shared a common bond of maximum effort. The cost of that bond was a long time of mandatory focus, but the spontaneous and authentic enjoyment of each other’s company was priceless—a far cry from the often-awkward interactions that teens are known to have, at least devoid of such shared experiences in a safe and trusting environment.

19th century poet Henry Wadsworth Longfellow (1807-1882) wrote a poem entitled “Christmas Bells” later made into a hymn which was featured in my church choir Christmas concert around 2004. Three stanzas aptly capture the hope, struggle, and resolve for peace:

I heard the bells on Christmas Day
Their old, familiar carols play,
And wild and sweet, the words repeat
Of peace on earth, good-will to men!

Then pealed the bells more loud and deep:
“God is not dead, nor doth He sleep;
The Wrong shall fail, The Right prevail,
With peace on earth, good-will to men.”

I love Paul’s Letter to the Philippians. In Phil. 4:7-9, Paul writes both of “the peace of God” and “the God of peace.” Of the 384 times that peace is mentioned in the Bible, those are two precious citations. Two others come from Ephesians 2:14 (ESV), “For (Christ Jesus) himself is our peace, who has made us both one and has broken down in his flesh the dividing wall of hostility,” which echoes Isaiah’s prophecy that the child to be born “shall be called…Prince of Peace” (Isaiah 9:6). Tying those verses together, the princely peace of Jesus was put to death on a cross in order that His divine peace might become our eternal peace. His paid the ultimate price to fulfill an elusive human longing.

In this holiday season, such reminders are fitting in a society which has become increasingly secular ever since Linus first recited Luke 2:8-14 in A Charlie Brown Christmas in 1965 and Christmas carols were still robustly sung in my public high school in the 1980’s. Peace is personified by the Person whose birth is the centerpiece of the season. And I believe with all my heart that margin, mental health, and life balance can be found through Him and in Him.

“That’s what Christmas is all about, Charlie Brown.”