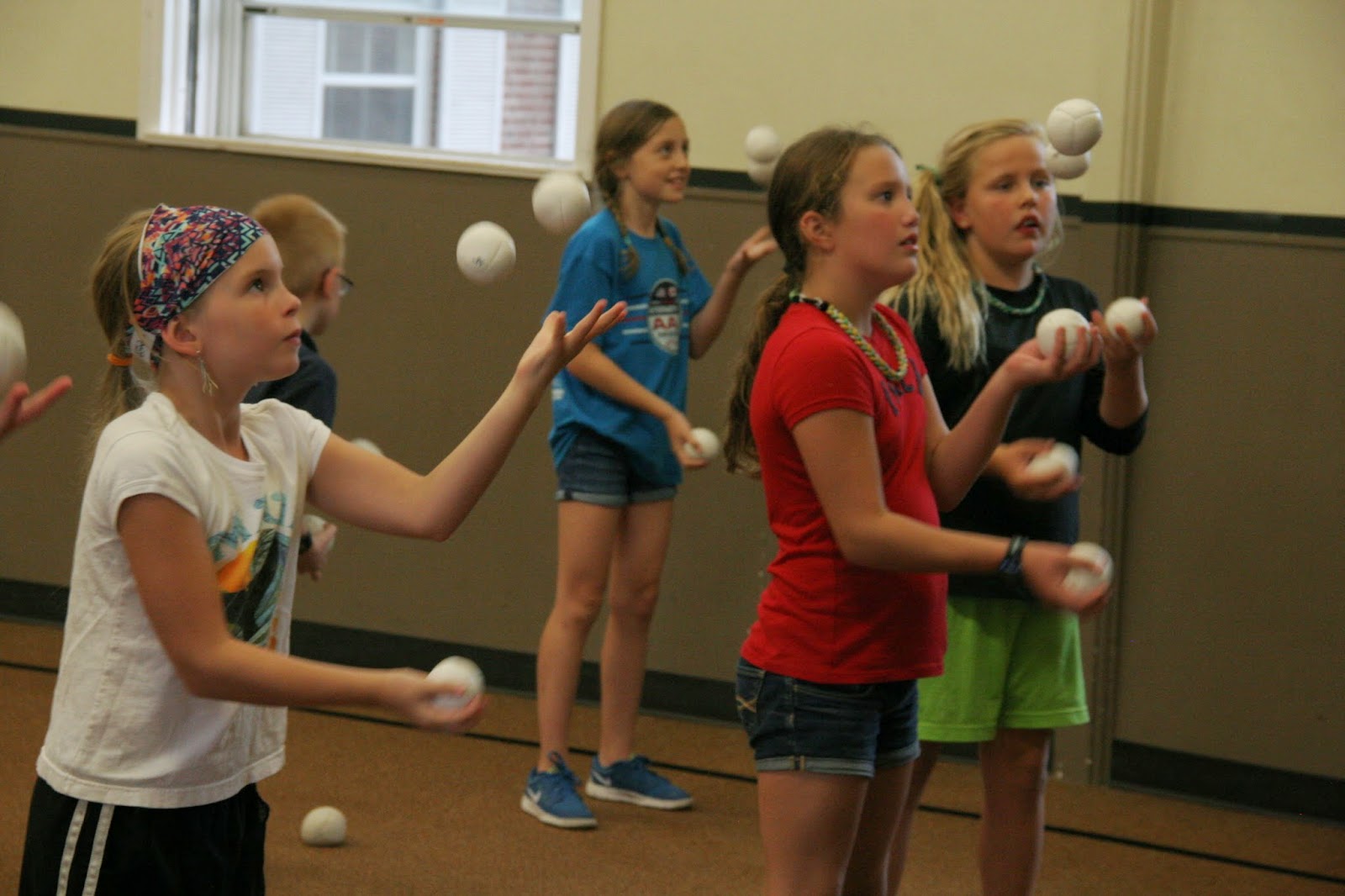 Continuing my fall series on the benefits of juggling (see last month, “The Case for Juggling as a Sport”), this art and sport develops more than the body: juggling is also a boon to the brain.

On 10/11/09, none other than Oxford University published a study which found that in addition to the grey matter of the brain growing as a result of juggling, the white matter is affected as well. According to the article, “white matter…(conducts) electrical signals” that “connect different parts of the brain together, while the grey matter is where the processing and computation in the brain is done.” The Oxford study had 12 young adults juggling 30 minutes a day for six weeks. While the students had varying degrees of success as jugglers, “all showed changes in white matter…suggesting that this was down to the time spent training and practising rather than the level of skill attained.” Did you read that? It’s not how well one can juggle, it’s the very act of learning and practicing that is a brain booster!

While my career with youth through juggling has been based exclusively here in Edina, Dave Finnigan (jugglingforsuccess.com) traveled the country and taught juggling at more than 2,000 elementary and middle schools from 1976-2005. He had an interesting quote in an article on educationworld.com: “While they’re learning to juggle, they’re using the left side of the brain; when they’re juggling, they’re using the right side. After they’ve been juggling for a while, both sides of the brain are active.”

From my own non-scientific anecdotal observations from 20+ years of coaching (and talking with parents), juggling directly benefits academic abilities in math, reading, spelling, and concentration (e.g., homework focus). It has been an effective therapeutic tool to help learning and behavioral disabilities, including dyslexia, vision issues, ADD, and ADHD. Furthermore, juggling is a great study break tool and stress reliever, since it keeps the brain active within the guise of a fun diversion from studying for hours on end!

So, far from being only a physical challenge or a social benefit (more on the latter next month), juggling is often a key to a student’s better grades, sharper thinking skills, and even bigger brains.

JH: Bigger than one man, class, or era