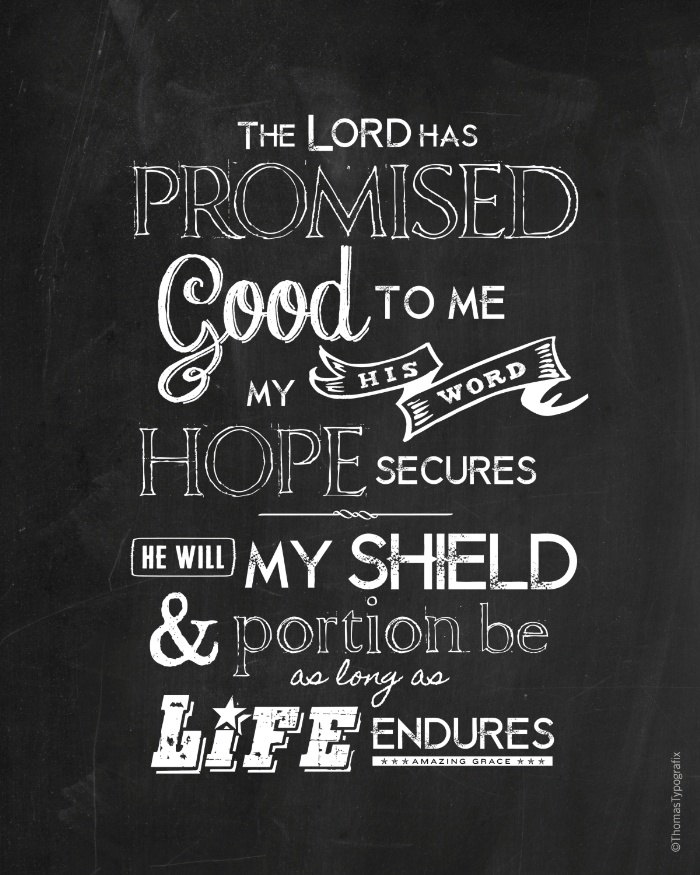 This third in a 2017 column series on the importance and proper use of words is based on a homonym for “versus.” Taking a long-time international icon, the 1779 hymn Amazing Grace by John Newton, I’ll examine the unsung verse and its conspicuous absence from almost every rendition. I share this to shed light on a deep aspect of this ubiquitous song; to personalize it to my own life; and to honor a family dear to us in the midst of a severe trial.

We’ve all heard the beautiful bagpipes at funerals and other solemn occasions. Most of us have memorized Verse 1, which Rev. Newton wrote when recalling his countless sins as the captain of an English slave ship. We’re familiar with “dangers, toils and snares,” the precious hour of first belief, and the final verse referring to 10,000 years (added long after Newton’s original hymn). But Verse 3 in many hymnals (Verse 4 in some anthologies) is probably my favorite:

The Lord has promised good to me,
His word my hope secures;
He will my shield and portion be
As long as life endures.

Interestingly (and unfortunately, since this verse is so often neglected), this is the only lyric that mentions “the Lord” (a title for Jesus) and the only one that refers directly to God’s Word, to hope, and to the Lord Himself as the Source of protection and inheritance for believers. The theological depth of this verse underlies my personal experience and is currently being lived out among old friends.

In 1992, I embarked on a year-long local tour of a semi-pro musical variety show called “Get a Grip!” with a four-person cast (including Joy Donley) of The Refreshment Committee Theatre Company. Our musical director, Michael Pearce Donley, composed a new melody for Amazing Grace to end the show. Rather than omit Verse 3, he actually used it as the chorus, so we sang it repeated times each show for many months. The song became even more dear to me as a result, even through my engagement to Wendy and our wedding toward the end of the tour. The lead singer in our finale, Paula Jean Brown Adamsson, died just a few years after our tour, succumbing to lymphoma in her mid-30’s. She lived out saving grace in her life, and her widower, (Jerry), two sons (Sam and Hans), and their subsequent step-mom (Kathy) have endured in life based on His promises.

Mike Donley himself experienced amazing grace and the Lord’s protection when he survived cancer in his 20’s, early in his marriage to Joy and years before he co-created Triple Espresso. On 12/15/16, their only son, Lewis, took his own life in a moment of crisis. He was 16. The same pastor who dedicated Lewis to the Lord as an infant delivered the eulogy. He said, “Lewis did not commit the unforgivable sin…but it was unforgettable.” Mike & Joy are absolutely leaning on the promises of God, the personal Shield and Portion of Jesus, and the hope of this life which endures past death until their reunion with Lewis. Out of gratitude for their influence on me, and in support of their own acute need of God’s promised good and Word-secured hope, I dedicate this column to Mike & Joy Donley, their daughter Emma, and in memory of their son Lew.

When my own next crisis hits (and I know it will), I’ll once again trust in the truths of Verse 3, clinging to the Lord Himself through Whom all grace comes (John 1:17). And like John Newton, the Adamssons, and the Donleys, I’ll share my story and give God glory.

Running with Rudy and the Godfather

Reflections on 20 Years of Youth Work

American Ideals and JUGHEADS: The Balance of Power