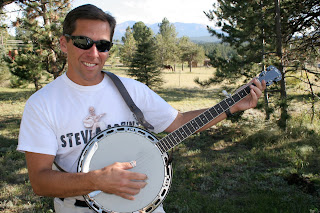 One of Coach Billy Watson’s favorite phrases of late is “It’s a virtue to do hard things.”  Two years ago, I read an excellent book by that same title by twin brothers Alex & Brett Harris, and the principle shared by both the adage and the book is that some things, though uncomfortable, are worth pursuing; and some comforts are worth giving up.  For instance, it’s not easy to run a marathon, but tens of thousands do so every year for a myriad of reasons, not the least of which is conquering an objective challenge and achieving a higher level of personal fitness along the way.  By the same virtue, it’s not easy to master (or even begin learning) a new language, leadership skills, a musical instrument, or even juggling, but the learning process itself has its own reward.  Brain fitness, a deep sense of accomplishment for even small steps of improvement, and a broader range of physical and social skills all accompany the effort to do such hard things.

My brother, Jim, learned two new languages at age 29 in order to work for seven years in extreme rural (and extremely poor) East Africa; he began working on Mandarin Chinese at age 44 for two more years’ work overseas. My nephew, Ben, is in his third year as as a cadet in the U.S. Air Force Academy, and despite his Eagle Scout and valedictorian feats in high school, he attests that getting through his “doolie” (freshman) year was the hardest thing he’s ever done (so far).  He’s training to be an Officer, and they teach that the best way to learn to lead is to learn to follow.  Since late summer, I’ve committed to daily efforts at beginning banjo playing, dedicating a portion of my time, money and patience to do this “hard thing” (however frivolous it may seem for a 40-something Northerner). Physical, mental, and artistic benefits are a lifelong motivation, but this skill will certainly go further than getting into yet another TV show, video game, or tech fad.

So, when I encourage the Jugheads to stick with juggling—even for just one year—it’s not for enrollment quotas or surface promises. It’s for their overall development.  Humans are designed to be constantly challenged (consider our muscular, skeletal and immune systems), and in areas such as language, leadership, music, or juggling, it indeed is virtuous to choose the narrow, hard path for the promise of long-term reward.

Juggling: A Conduit for Character-Building