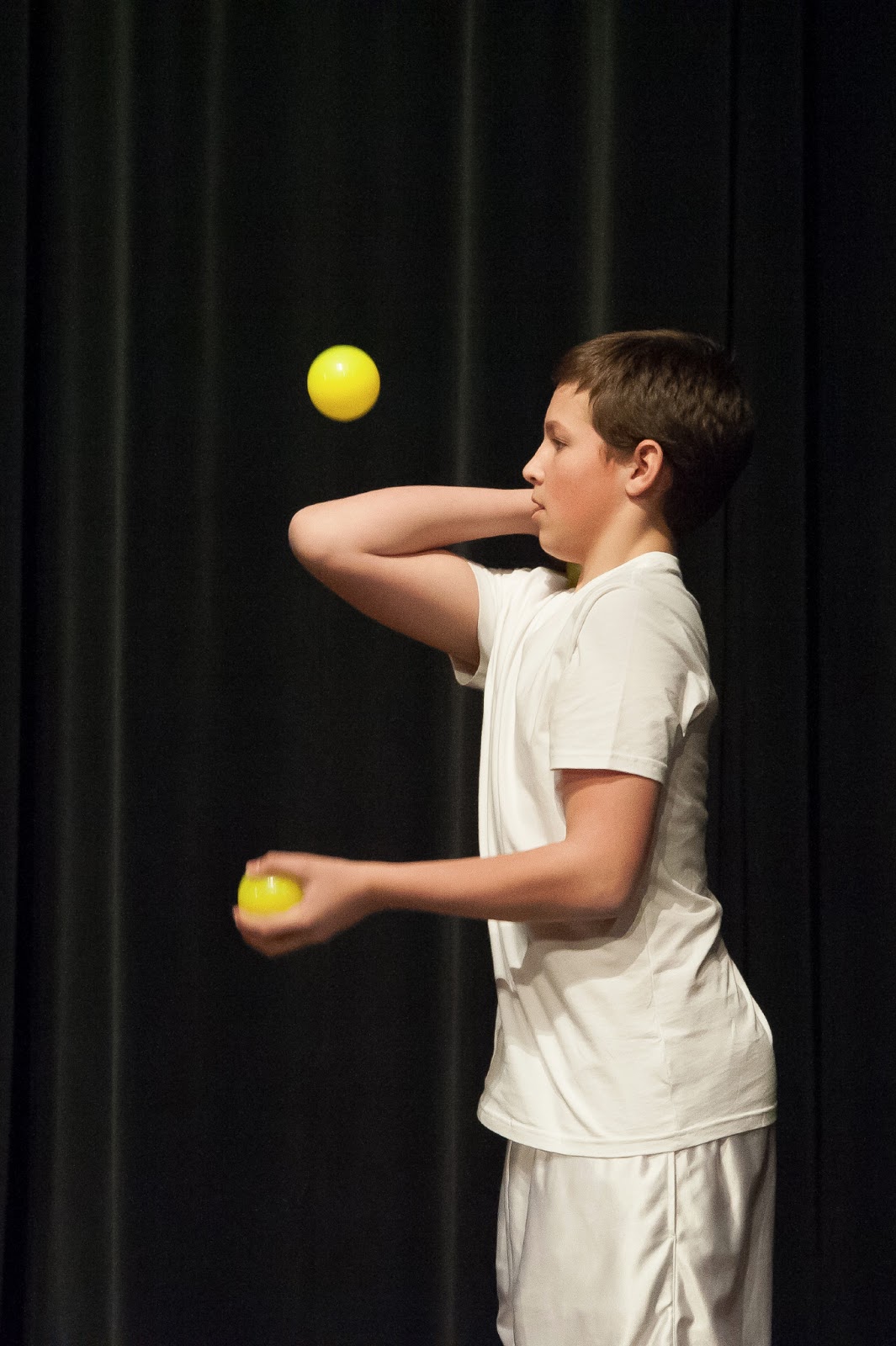 In a recent update to the JH families’ group email list, I quoted 2 Corinthians 12:10: “When I am weak, then I am strong (in Christ).” This is a paradox, and although it’s never initially pleasant to experience weakness and the surrender of one’s control, there is a surprising strength that comes (by faith) only through trials. My deep belief is that God Himself through Jesus is my strength, especially in my weaknesses, but even in “secular” settings such as Juggle Jam 15, we can all experience being strong for each other when somebody else is weak.

Consider our annual production. Ultimate Club members, specialty acts, and skits have more stage time than the average Jughead. However, even the strongest individual or team is “weak” when ones remembers that we need a stage, an audience, a sound man, a lighting technician, ushers, safety codes, and audience amenities to make the show complete. The “star performers” would not have any fame without a strong network to make up for their weaknesses. And that all applies to our most seasoned performers! For the younger and/or less experienced Jugheads, stage fright and self-doubt can sometimes be overwhelming. One young performer literally prayed about his stage fright in last month’s EYJA Showcase, and his success led him to say, “Now I finally know that God is real.”

Wendy and I have expressed that same sentiment countless times, and we do so now daily perhaps more than ever as we’re between two major surgeries while peaking JJ preparations and approaching our 20th wedding anniversary. I’ll reiterate what I often wait until JJ to say, here quoting one of the great hymns of the Christian faith: “To God be the glory, great things He has done!”