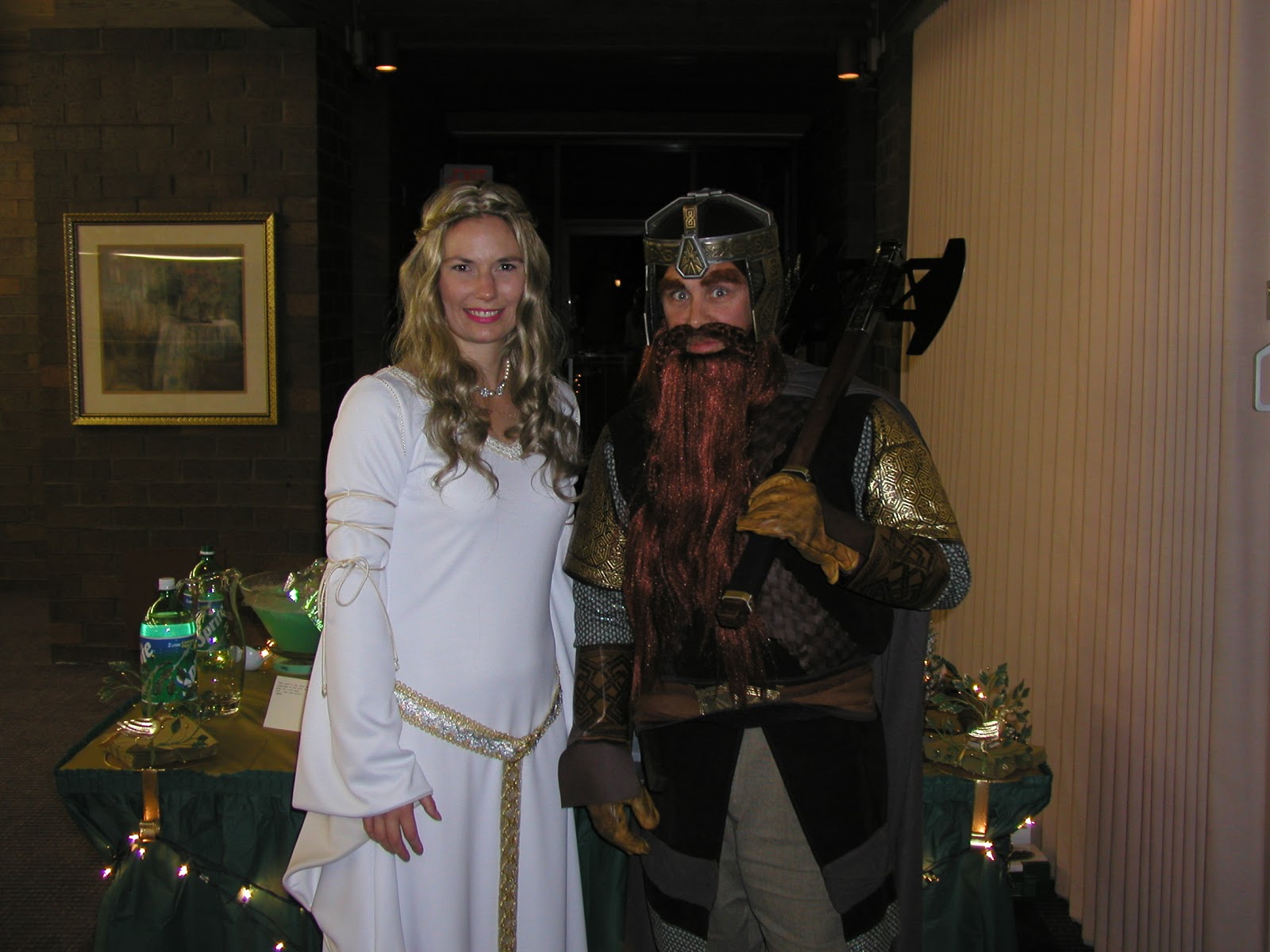 Wendy & I are big BIG fans of J.R.R. Tolkien and his classics The Hobbit and The Lord of the Rings. Although I’m not an avid reader in general, we’ve read (and listened to!) both novels numerous times, and we prioritized a Middle-Earth theme when we built our home theatre, “ArneStar,” in 2004. I even won a costume contest through The Minnesota Orchestra when I dressed up (and acted like) Gimli for “The Lord of the Rings Symphony” in 2006! Needless to say, we’re beside ourselves with excitement about The Hobbit: An Unexpected Journey, to be released in theatres in two weeks. If the Lord wills (James 4:15), our biggest test of fandom will go way beyond seeing the midnight show at 12:01 a.m. on Dec. 14: Wendy & I are saving up for a 20th anniversary adventure to New Zealand to explore the islands where all six films were (and are being) made!

Far beyond this merely being an indulgent column about one of my geeky hobbies, I believe there are many parallels betweeen Bilbo’s adventure and the experience of each Jughead & coach as well as Wendy & me through this company.  Nearly every Jughead starts with an eager (and/or apprehensive) desire to juggle due to a friend, sibling, or a parent prodding him or her, but many unexpected joys and trials ensue over the course of months & years of involvement. For the coaches who were once Jugheads themselves, they’ve had to make the challenging leap from teen to adult authority figure, exercising at a much deeper level the mentorship skills they began honing as student leaders. For Wendy, her journey started by supporting my humble coaching endeavor through childcare in 1994-1998, then helping me launch the business full-time in 1999, then leaving her own career in graphic design in 2004 to more fully dedicate herself to our “hobbit hole” home and our “unexpected party” of a company. For me, I suppose I’d need a whole book to describe how this has been an unexpected journey, but suffice it to say that I especially relate to Bilbo.

I was “nudged out of the door” not by Gandalf, but by God who called me to youth work. I’ve been supported not by a Company of Dwarves, Elves, and other Middle-Earth allies, but families, friends, a school district, and now a church who rents us space.  I am on a quest neither to find treasure in a mountain nor destroy an evil dragon, but to lay up treasures in Heaven and destroy my own sinful tendencies to be selfish and the Captain of My Soul.

Although fictitious, The Hobbit offers many life lessons. The beauty of the real tale of JH is that all members and leaders are simutaneously beneficiaries and benefactors of life lessons learned and taught by and through them. May each person who “dares” to call themselves a Jughead go away positively changed for life, applying the lessons of this adventure to the many stops on “the road” that “goes ever on and on.”

Developing Youth Through Juggling Since 1994,

The Importance and Proper Use of Words: Facebook vs. Face-to-Face