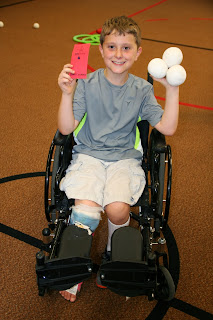 We’re in the simplistic and relatively blissful season of normalcy: no imminent graduations, show rehearsals, festivals, or transitions. It’s often during these “ordinary times” that some of the best life lessons can be taught, and role modeling is often most real in mundane circumstances. Every year, I have kids that drop out without a good-bye. I also have kids that go down in history as deeply significant to the company collectively and/or to me personally (regardless of their length of tenure). Ironically, I can never truly predict how any given Jughead career will pan out! Part of this makes me slightly jaded— “Why care if kids just stop coming or lose interest?” But another part of me rises to the challenge— “Is there any way I can lovingly influence the kids for however long I have them, whether they discontinue due to choice, graduation, or circumstances out of their control?” I know that affecting a child’s life need not take years, but sometimes minutes (for good or bad). I believe that “love” is spelled “T-I-M-E” for a child, but still, quantity of time doesn’t guarantee that a true difference is made in a young person.

Queen Esther is the biblical hero who stood in the gap for the Jewish people in the face of imminent genocide. Her cousin and adoptive father, Mordecai, challenged her to bravely approach the king and intervene to stop the edict to slaughter the Jews: “For if you keep silent at this time, relief and deliverance will rise for the Jews from another place…And who knows whether you have not come to the kingdom for such a time as this?” (Esther 4:14, ESV). Sometimes it takes decades or even centuries to change a kingdom. For Esther, influenced by her wise mentor, it took a couple of feasts (after she and many Jews fasted and prayed for three days!). Even 10 years is only a fraction of a person’s life (assuming he or she reaches 78.7 years), so I can’t slack and delay good work in the lives of youth because time is on my side. It’s really not. But whether over a couple of meals, a couple of years, or a couple of words, my mission to develop youth through juggling remains alive, and I’m grateful to my coaches and student leaders to be serving your kids with Wendy & me for such a time as this.

The Cognitive Benefits of Juggling