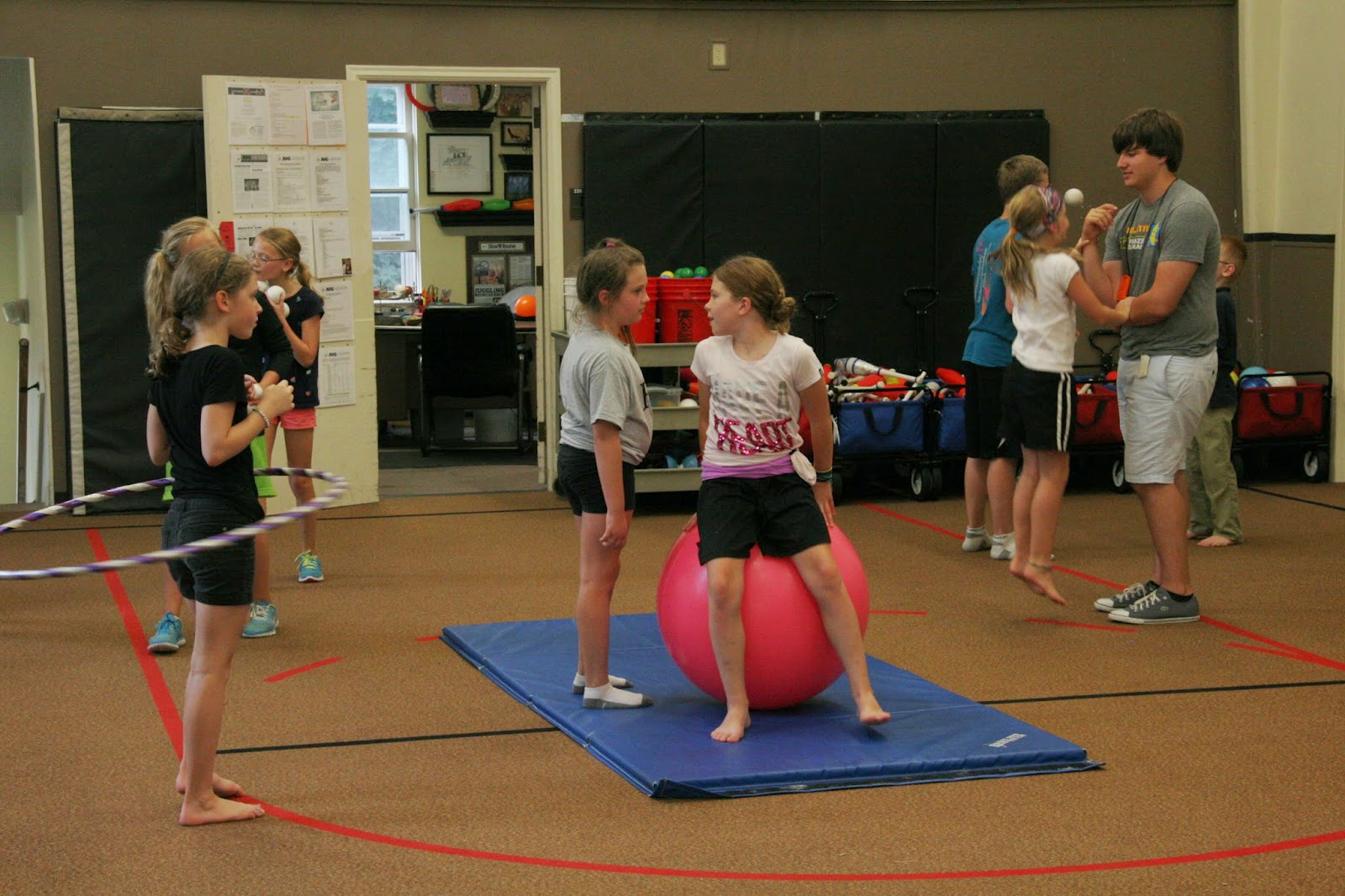 Personal character, the body, the brain, and healthy co-ed friendships among our 10-year age range with a long tradition of custom-made special events…those are some benefits of juggling in general, and Jughead membership specifically, to which I’ve devoted this monthly column since September. This half-year series concludes with some thoughts on two dramatic and contagious benefits of being a Jughead: student leadership and Juggle Jam.

Remember, I didn’t set out to be a juggling coach; in fact, I never even set out to work with youth, even upon college graduation! Instead, my presumed career in radio led me to pursue theatre, music, speaking, and writing from ages 12-22, with athletics and hobbies thrown in for fun. Therefore, when God called me to pursue youth work rather than the media, I created my coaching role as I went along, growing as our rosters grew. Many kids quickly matched and surpassed my juggling skills, making it necessary for them to be cutting-edge instructors of each other.

I established club captains right away in ‘94-‘95, but it wasn’t until the original 1999 Juggle Jam that I introduced older teen leaders to my Rec. Clubs, followed by establishing an Officer Team to plan Juggle Jam 2000. Now, I’ve settled on 17 as the ideal size of my Student Leadership Team:  students who are regularly trained through meetings; learn that servant-leadership can be both overt & received gratefully and menial & thankless; and whose roles as current members (i.e., still in childhood) carry with them a credibility and effectiveness that is different from even my college-aged coaches. It could be argued that being on our SLT carries with it an honor similar to that of a high-ranking Boy Scout or Student Council member; even so, the virtues of learning responsibility and giving of oneself aren’t easily articulated on a resume or college application. But several former leaders have done just that!

The social benefits of Juggle Jam? For rookie families, just you wait till May. For veterans, it’s self-explanatory. Chris Jost (Class of ‘12) once quipped, “Juggle Jam weekend should be a national holiday!” That sentiment from a young man who didn’t even join till 9th grade encapsulates much of the magic of JJ: 120+ youth working together for months toward a shared goal which is then applauded by hundreds of supporters over two nights in one of the best high school venues in the state. Many lifetime memories are made; friendships are solidified; skills are stretched; stage fright is forgotten; and there is a very special bonding that is parallel to experiences of actors, athletes, and even extended families.

The word “Jughead” combines both athletics and the arts but is cemented by friendships. As long as this company exists, there will remain ongoing benefits that can’t be fully chronicled but will continue to change lives and develop youth. And even when the juggling stops, the changed lives go on, and hopefully, go on to change others’ lives as well.

Sunrise, Sunset: Half a Lifetime of Youth Work