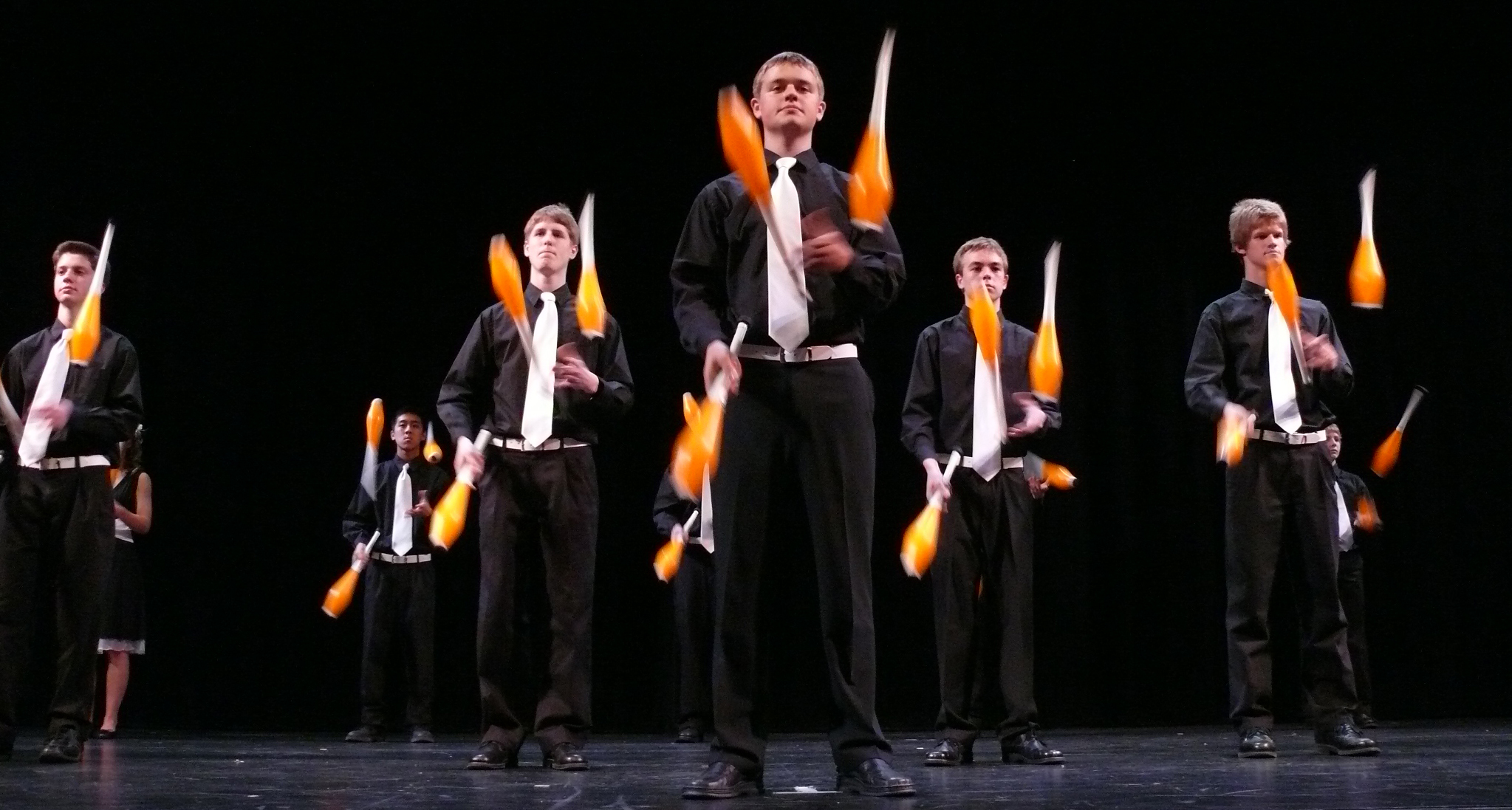 Our 2nd half of our 1st 20 JJs started with a bang, with JJ11 swelling to 140 members, including 12 seniors! With the addition of weekly paid coaches from among my ranks of Jughead grads starting with multi-club coaches Scott Richter and Billy Watson (with subsequent grad-coaches Ricky Harr, Ben Hestness, Stefan Brancel, Kelvin Ying, Chris Lovdal and Tom Gaasedelen), our coming of age was made complete in many ways. I received much-needed help to run this company as I entered my 40s, and the coaches brought fresh energy, superior skills, and first-hand company experience (as children/adolescents) to each club they helped lead.

Starting in ‘05-‘06, I brought in 25-year pro juggler Jon O’Connor as an U.C. specialist for a few nights a year. In summer ‘08, Jon had a vision while watching the Olympics: take advantage of the amazing talent he’d seen in his three years with U.C. and lead them to an IJA Teams bid for the first time since ‘04. I agreed to make him a weekly coach, and he started implementing his goal right away. U.C. had made a serious tradition of the warm-ups regimen introduced by Capt. Billy in 2004-2005, so the ramped-up discipline of the team was second nature by ‘08-‘09, superbly led by three-time IJA Teams medalist and Deca-Jughead Capt. Brett Kissell. Ironically, Brett opted to not compete with the team he led in ‘09, but its deep bench was proven when 15 of 19 members from JJ11 competed and won the IJA Teams Gold. The Jugheads were world champions!

As can be guessed, our goal medal led to even more interest in U.C. and achieving our higher standards in general. 2009-‘10 was very tension-filled among the top members, with the veterans basking in their world class victory while the new wave of rookies sought to fit in and gain peer respect. The still-new coaching phenomenon from the Rec. Clubs through U.C. also saw challenges in finding new ways to balance the adults’ vision with the input and leadership of our SLT and general membership. Since JJ1, we’ve had a dichotomy of opportunity vs. excellence, and our happy medium (as honed in JJs 11-15) solicits much input from the kids at every level but reserves the right to make executive decisions so the various groups are all headed in the same direction come choreography & show time!

Apart from the nuances of balancing pro leadership with student input, JJs 11-15 increased a rich tradition of innovative club routines and skits. For my part, I continued my first love of theatre and character performing with five more director’s openers: the Oz Gatekeeper; Johnny Cash; “The Juggle Jam Can” song/montage; Steve Martin (w/banjo); and a Rock This Town barbershop quartet.

Column constraints can’t do more than an iota of justice to these JJ years where coaches became a mainstay, rosters had waiting lists, and U.C. achieved the highest possible level. Behind all those stats, former Jughead mom Sarah Rose (Danny Rose, ‘09) nominated Wendy & me for an award which we received just before JJ15: the Edina Mayor’s Commendation for Connecting With Kids. Even with our various group, individual, and directorial awards received since 1997, that award perhaps best summarizes the heart of this company, whether we have 10 kids or 140, whether we win many more medals or avoid competing. Youth development remains the life-giving heart and mission for all we try to do on stage and off.