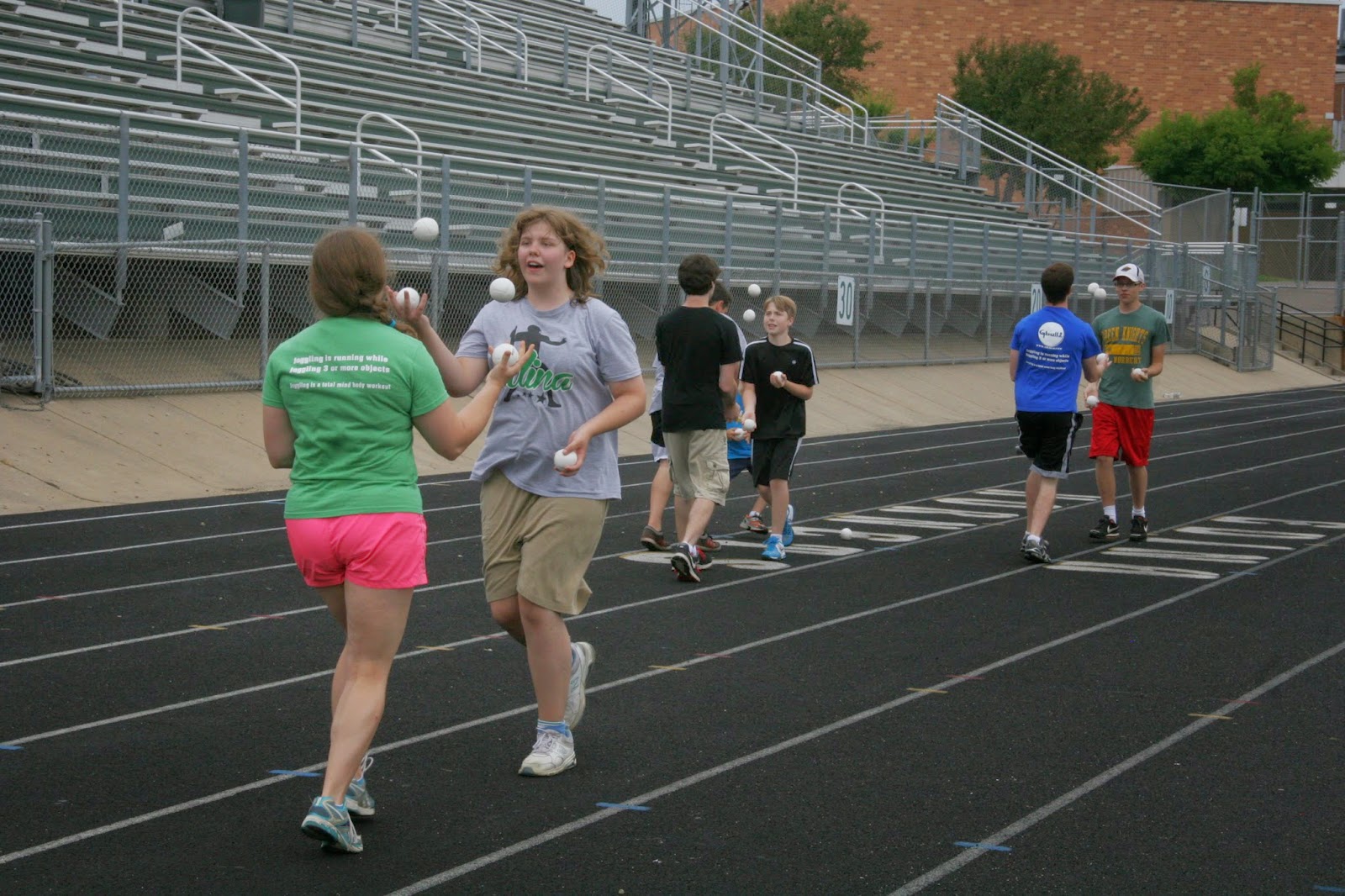 This month continues a fall series of columns on the benefits of juggling. Perhaps the most disputed claim among non-jugglers regarding juggling’s many benefits is that it actually is a sport. Since virtually every hobby or passion that people choose to pursue have accompanying strong opinions, allow me to briefly flesh out why I hold to the claim that juggling indeed is a sport and should be honored (or at least acknowledged) as such.

For starters, any common definitions of “sport” can easily be applied to juggling, such as “a contest or game in which people do certain physical activities according to a specific set of rules and compete against each other” (Merriam-Webster) and “an athletic activity requiring skill or physical prowess and often of a competitive nature” (Dictionary.com). Secondary definitions are even more broad: “a physical activity (such as hunting, fishing, running, swimming, etc.) that is done for enjoyment” (M.-W.) and “diversion; recreation; pleasant pastime” (Dictionary.com). And for what it’s worth, consider excerpts from Wikipedia’s rather extensive definition of “sport(s)”: “competitive physical activities…casual or organized participation…physical ability and skills…either in teams or as individuals.”

In none of these definitions does a “sport” need qualification by the MSHSL, NCAA, NFL, or USOC, to name just a few acronyms of athletic governing bodies. Juggling has benefited them nonetheless: athletes from Edina High School to the Dallas Cowboys to legendary U.S. Olympic hockey goalie Jim Craig have learned to juggle to improve focus, balance, peripheral vision, and reflexes for their respective sports. Admittedly, juggling isn’t as formally and/or frequently organized as many other sports, but the IJA Games & Joggling Championships and WJF annual competitions (aired on ESPN) have gained mainstream credibility in the past 25 years. For our part, JH has treated juggling as a sport (in addition to a performance art) since Day One.

Here are additional reasons from our own JH traditions to give legitimate athletic status to juggling. Juggling is (or can be): individual or team; objectively measured (e.g., through our system of standards); often purely athletic (e.g., numbers juggling and daily group warm-ups); and a boon to hand-eye coordination for daily life and…other sports. Juggling offers constant physical challenge, frequent casual competition (Combat, Endurances, Trick-Offs), and yes, even formal recognition, such as Ultimate Club lettering, EYJA-sponsored pin awards, our annual organized Standard Testing, and our often grueling all-club fall Endurance Contests for every club level with 4 or 5 balls, 4 or 5 rings, and 5 clubs.

If ever I were to write a book on JH, a whole chapter could be devoted to this topic—not to sound self-justified, but to exonerate the many children, youth, and adults who have chosen juggling as one of their primary athletic pastimes. I’ll focus on the cognitive and social benefits of juggling over the next two newsletters. For now, the reader can know that we do treat juggling as a sport here, but beyond that, it offers more variety and more long-term participation than many other physical pursuits. Whether for a year or a lifetime, happy juggling, you athletes!

The Importance and Proper Use of Words: “I’m proud of you” vs. “I’m pleased with you”

The Importance and Proper Use of Words: Urgency vs. Importance

[Reflecting on 20 Juggle Jams] The Future: To JJ21 and Beyond